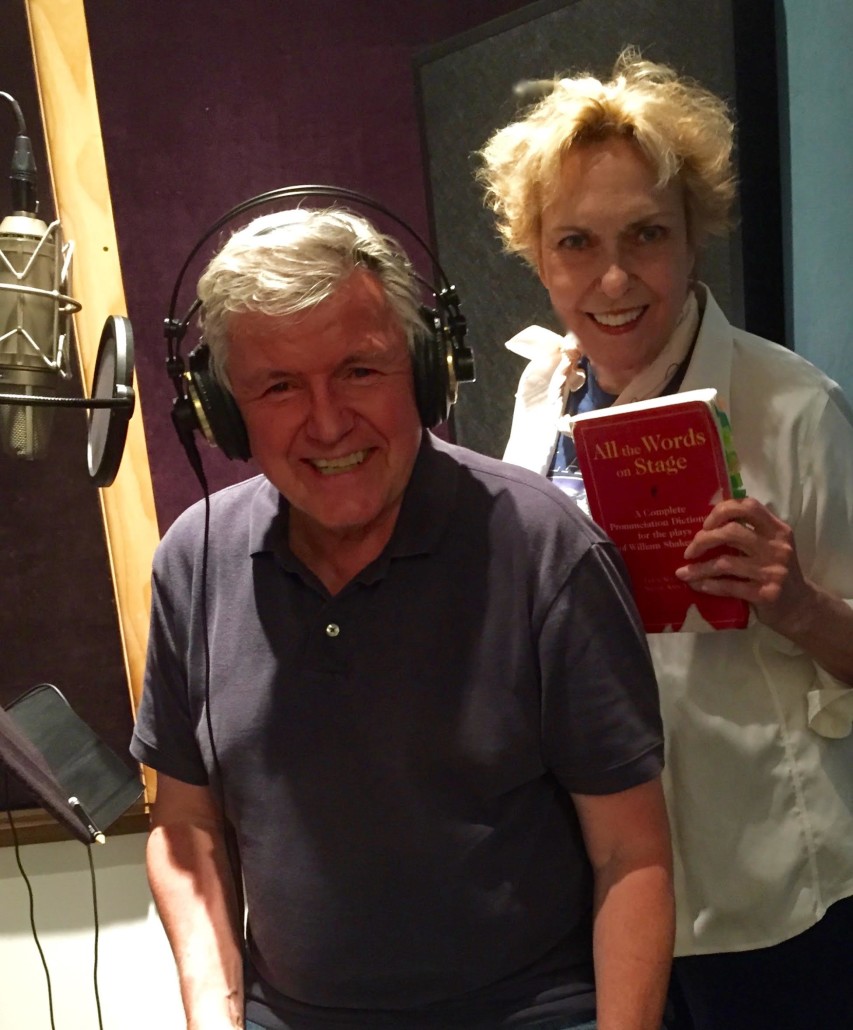 The process of recording over 5000 words for the Audio Shakespeare Pronunciation App presented numerous challenges. The first attempt at recording was in less than ideal circumstances – my apartment with my iPad and a Snowball microphone. The apartment seemed to be quiet until we listened to the words. As we listened, the audio recordings revealed everything from birds chirping, to a siren, to a fan noise. I began to research professional recording studios and through one of my students, I found Luis F. Herrera of Liquid Lab. Once I heard the quality of the first 500 words recorded professionally, I knew that the Audio Shakespeare Dictionary App had to have this excellent quality. Thus began the re-recording of all of the words.

The time spent in the studio varied with the longest session being four and a half hours. I have been a voice and speech teacher for over thirty years. I am familiar with the demands of speaking and acting. Even with these years of experience, I was surprised at the amount of energy – both vocal and physical – that it took to record word after word after word. I wanted the words to be clearly spoken but not over-articulated or sounding phony. The professional studio made me very aware of noisy breaths, and the popping “p” to name a few challenges.

What does the Audio Shakespeare Dictionary App include?

The Audio Shakespeare Dictionary App had to include the basic pronunciation of the word. It also includes the variations of pronunciation (particularly the primary stress) depending on how the word scanned in the verse line. In addition the words with variations have examples from the specific plays including the act, scene and line. This information had been researched for “All the Words on Stage, a Complete Pronunciation Dictionary for the plays of William Shakespeare” which I co-authored with Louis Scheeder, but much of it had to be edited and expanded for the app.

I have learned a lot from recording all of these wonderful, amazing words for the Audio Shakespeare Dictionary App. Polonius asks Hamlet “What do you read, my lord?” And Hamlet’s reply makes me smile: “Words, words, words.”