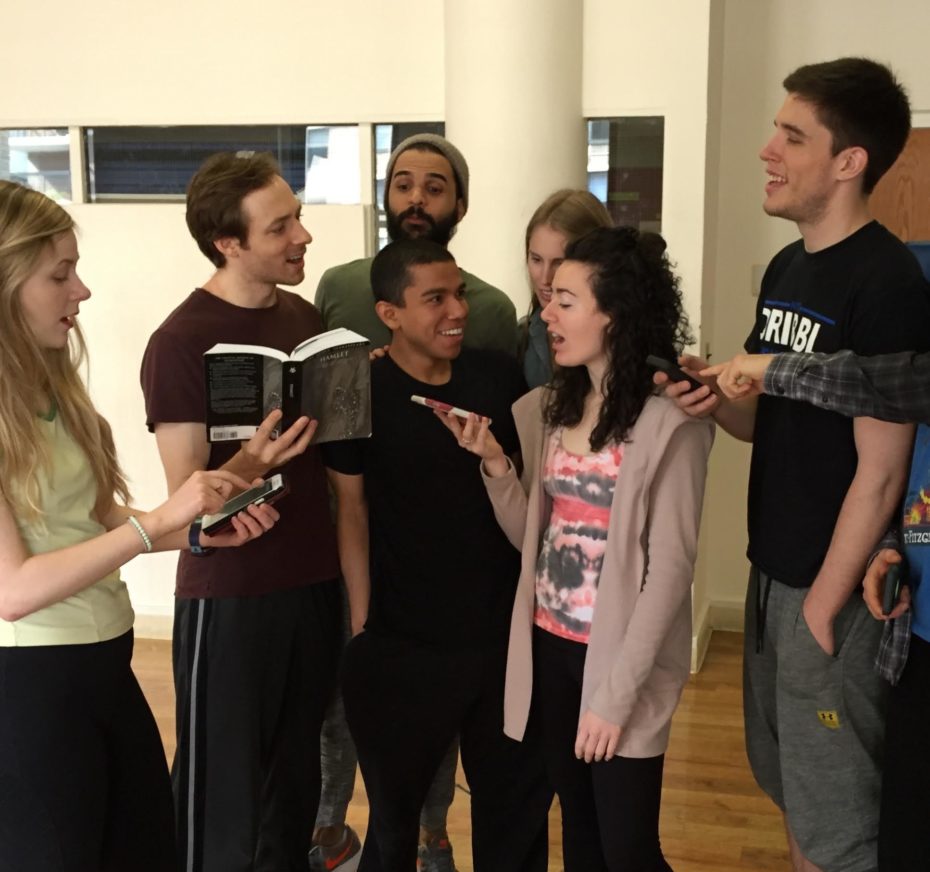 My First Year students in the Graduate Acting Program at NYU have been very enthusiastic about using the Audio Shakespeare Pronunciation App. It is very useful as they rehearse their First Year Shakespeare projects. Half of the class is working on “Hamlet” and the other half is rehearsing “Macbeth”. These projects are the culmination of their First Year of training. The training consists of their efforts to combine voice and speech work with text work. In addition with this, they are dealing with the demands of Shakespeare’s language.

They told me that at the beginning of the rehearsals, they used the app every night. As a result, they knew the pronunciations of the unusual words, the character and place names. Most of the students had a copy of “All the Words on Stage, a Complete Pronunciation Dictionary for the Plays of William Shakespeare” by Louis Scheeder and Shane Ann Younts. The book is the source for the Shakespeare Audio Pronunciation app, but they preferred to hear the words pronounced.

The students found that being able to go to their mobile phones or tablets and click on a word was very convenient. Therefore, I showed them that clicking on “More” takes them to the “Official Shakespeare Pronunciation Reference Website”. The website has additional information including a section on “Scanning the Verse”, “Latin”, “Accents, Dialects and Foreign Languages”, and “Words to Watch Out For”. Another section, “Words to Watch Out For”, gives a sampling of words in each play that expand or contract to fulfill the demands of the meter.

In addition, there are examples of words where the stress is different than the stress used today. One example is the word “revenue” which today we pronounce with the stress on the first syllable. Often in Shakespeare, the stress is on the second syllable. Other basic information included for each play is the percentage of verse and pros.

Get the App here.