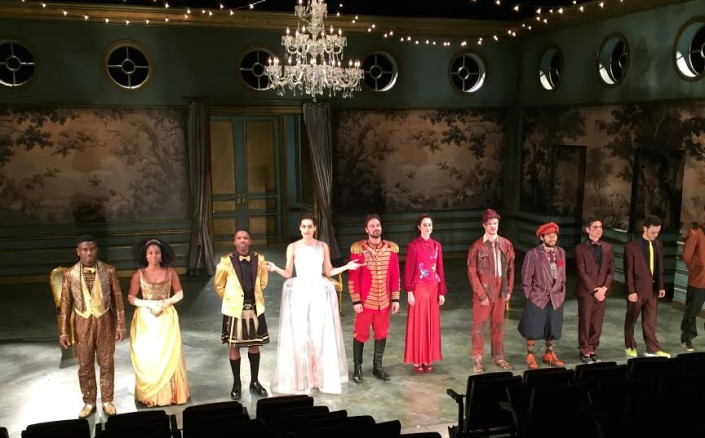 Recently I was working on a production of “All’s Well that Ends Well” for the Graduate Acting Program at NYU. Because I had taught the students for two years, they were familiar with my voice and speech work. Therefore the students knew how to incorporate our classroom work into the production. During the Third Year, we worked on scanning the lines and how to build a speech. Also, we learned how to find the spine of the thought, how to do a parenthetical and other technical elements. Having the opportunity to use all of the tools we had worked on in class, while they were acting the play, was incredibly valuable for the actors.

One of the challenges of “All’s Well that Ends Well” is to pronounce the names of the characters correctly. Why? So that all of the characters are seen (and heard) as living in the same world. We used the Audio Shakespeare Pronunciation App so that everyone was saying roh-SIL-yuhn for the Countess Rossillion and her son, Bertram. Parolles is always interesting because there are two possibilities with his name. We used puh-ROHL-iz. The actor playing Parolles chose this from the two pronunciations that were listed on the Audio Shakespeare Pronunciation App. Consistency within the names of the characters is important so that the audience is not pulled out of the action by going: “What did he say? I thought she said the name another way.” We want the audience engaged in the action of the play.