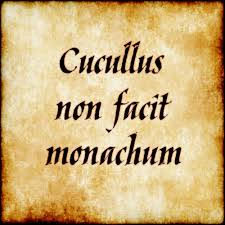 In an attempt at consistency, the pronunciations in the Audio Shakespeare Pronunciation App are rendered into what is commonly referred to as “restored” or classical Latin. Many Latin words and phrases have entered the English language. Clearly, it is best to pronounce these in the manner with which the audience is most familiar. Thus, the letter c is always hard in classical Latin pronunciation. Names such as Caesar and Cicero should be pronounced as they are commonly sounded in English with the soft c.

These pronunciations reflect what is called “Anglicized” Latin. “Anglicized” Latin pronunciation was prevalent in Britain until the end of the 19th century. At that moment a movement arose to “restore” or codify Latin pronunciation. To complicate matters further, there is another form of pronunciation, church Latin. It is Italianate in style. Some may find the style to be appropriate for ecclesiastical references or greetings. The greatest problem with the classical pronunciation is the use of the w for the v. It produces the sounds of WAY-nee, WEE-dee, WEE-kee for Caesar’s famous quote “Veni, vidi, vici”. In this case, we have provided a pronunciation more common for American ears. It would be VAY-nee, VEE-dee and VEE-chee which is church Latin.

Readers should feel free, if they prefer, to use the v sound whenever the w sound appears. If a pronunciation is other than classical, we have indicated such in parentheses. We have included blunders and those instances where a character’s incorrect use of Latin suggests a pronunciation. In the words of A Dictionary of Latin Words and Phrases, “anything goes” in the pronunciation of Latin.